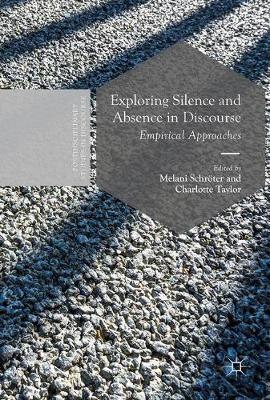 A new Wor(l)ds Lab study has been published as a chapter in the book Exploring Silence and Absence in Discourse : Empirical Approaches, edited by Charlotte Taylor and Melani Schröter. The book “fills a significant gap in the field by addressing the topic of absence in discourse”.

The title of our work is Not for Twitter: Migration as a Silenced Topic in the 2015 Spanish General Election (pdf of a draft version). We focus on how migration to Spain is (under)represented in the parties and candidate’s Twitter accounts. Our iintial goal was to investigate whether politicians communicate in a different way when they are using Twitter. We chose this particular social network hoping that its quite specific characteristics would help us to find innovative strategies. In this preliminary stage, we used frequencies in order to choose the most relevant issues, but soon it was very clear to us that we were missing some key topics. Hot issues of that period of time did not show up within the most frequent words. We found it particularly surprising that refugees were not a frequent subject. It was December 2015 and the news all around the world were focusing on the Syrian war and on the migration phenomenon it was causing. Thousands of Syrian refugees were drowning in the Mediterranean coasts trying to reach Europe.

Migration through the Mediterranean Sea has always been a main topic for Spain. The Strait of Gibraltar, which separates Spain from Morocco, has 7.7 nautical miles at the strait ́s narrowest point. This is a natural entrance for migration from Africa. We decided to look into the corpus for other issues which were also very relevant for the Spanish political context and controversial for the political parties: feminism, sexuality, religion, racism, and linguistic minorities. The results showed us a clear pattern where topics conspicuous in the press, in everyday discussions, and even in the election manifestos, were missing in our Twitter corpus. This situation compelled us to foreground silences in our research, and to try to answer the questions of why those topics were silenced in the digital discourse and how it was done.