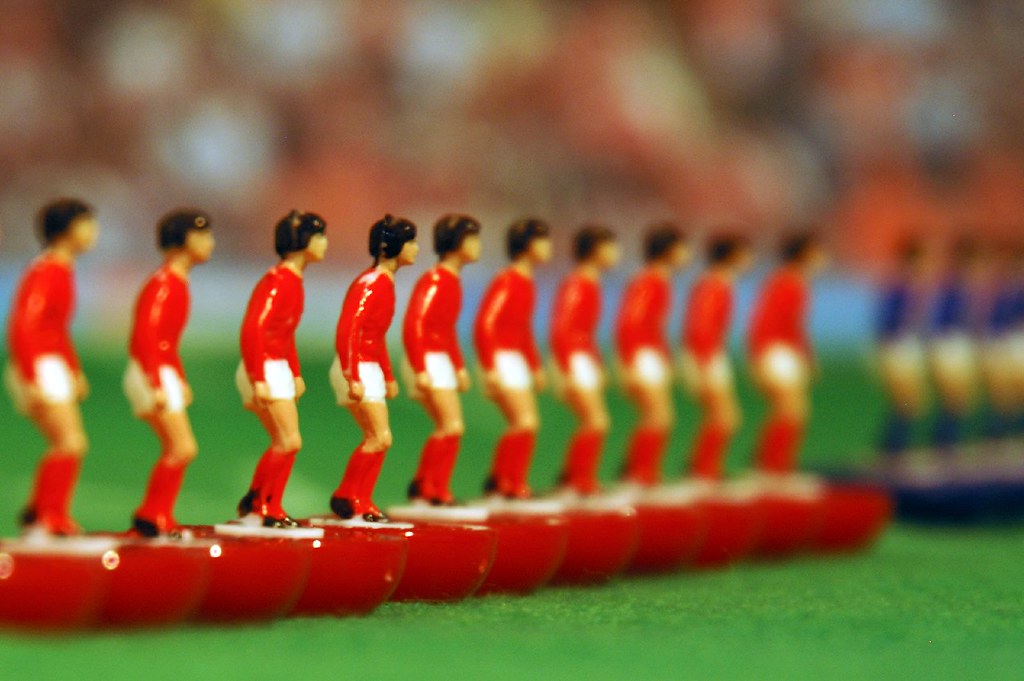 "red team" by atomicShed is licensed under CC BY-NC-ND 2.0

is Associate Professor in the Department of Linguistics and Modern Languages at the Universidad Autónoma de Madrid and has a European PhD in German Studies. She is member of the Wor(l)ds Lab research group aand a researcher in the Wor(l)ds Lab project ‘Framing and Articulation Strategies in the Political Discourse on Twitter’ (2015-2017). She is interested in the analysis of intercultural discourse in Europe, and works as a consultant on Human Rights and Minorities. She is co-author of Interkulturelle Literatur in Deutschland (Metzler 2000) and Bewegte Sprache: Vom ‘Gastarbeiterdeutsch’ zum interkulturellen Schreiben (Thelem 2014). She coordinates the Spanish civic initiative Pacto de Convivencia.

is Associate Professor in the Department of Linguistics and Modern Languages at the Universidad Autónoma de Madrid. His research interests include corpus linguistics, discourse, and digital communication. More specifically, his current work examines the linguistic characteristics of the New Media using Corpus Assisted Discourse Studies. He is the PI of the Wor(l)ds Lab project  ‘Framing and Articulation Strategies in the Political Discourse on Twitter’ (2015-2017), and co-editor in chief of the international journal CHIMERA: Romance Corpora and Linguistic Studies.

is Associate Professor (and current director) of the Department of Linguistics and Modern Languages at the Universidad Autónoma de Madrid. He has published several works on the flexive and diminutive morphology of Spanish, and the linguistic policies in sub-Saharan Africa.

He has also given talks and presented communications on the sociolinguistics dynamics in sub-Saharan Africa and the implications of the typical linguistic behaviors of those sub-Saharan Africans who write their works of fiction in exogenous languages, especially European languages.

is Assistant Professor in the Department of Linguistics and Modern Languages at the Universidad Autónoma de Madrid. She is coordinator of the German teachers’ training programs at the Official Association of Holders of Doctoral and Bachelor’s Degrees in Philosophy, Letters, and Sciences of Madrid. Her research has being focused on sign languages, functional diversity, and German as a Foreign Language. She is currently working on discourse and Minorities.

is Associate Professor in the Department of Contemporary History at the Universidad Autónoma de Madrid, and he has researched in several national and international universities, such as UNED, University of Murcia, Leicester University, University of California Los Angeles, Universität Erlangen-Nürnberg, Consiglio Nazionale delle Ricerche, FLACSO Argentina, and Université Michel de Montaigne Bordeaux 3. He has an interdisciplinary profile, focused on the dialogue between Humanities and Social Sciences. He has studied the origins of some concepts with which we signify the world, the sociohistorical foundations of individual behaviors, the ways of the historiographically elaboration of traumatic episodes, and about ways of building citizenship through the teaching of History. He currently spends some time on a radio project (Radio Círculo de Bellas Artes), as part of his firm commitment to the democratization of historical knowledge.

is Cultural Mediator in Medialab-Prado, a metropolitan laboratory that serves as a meeting place for the production of open and cultural projects. He  has an interdisciplinary profile thanks to his Translation and Interpreting studies and a large background on the Computer area.

studied French Studies and Master in Spanish as a Second Language. She teaches at the Universidad de Cantabria, in the Dep. of Didactics of the Mother and Foreign Language, and collaborates with the Universidad Internacional Menéndez Pelayo. She is a regular teacher in continuing education programs for practicing teachers from around the world (programs such as Comenius, British Council, INTEF, AECID, Instituto Cervantes). Her lines of research include Teaching-learning of the mother tongue and foreign language; Digital pedagogy: management of personal learning environments in the cloud; new ecologies of learning related to the use of ICT-CT; Digital literature.